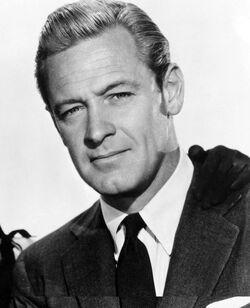 William Holden (born William Franklin Beedle Jr.; April 17, 1918 – November 12, 1981) was an American actor who was best known for films such as Sunset Boulevard, Stalag 17, Sabrina, The Bridge on the River Kwai, The Wild Bunch and Network.

Retrieved from "https://movies.fandom.com/wiki/William_Holden?oldid=178036"
Community content is available under CC-BY-SA unless otherwise noted.