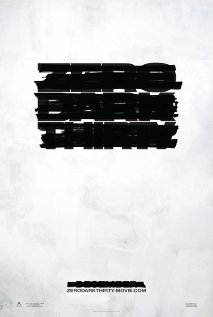 Zero Dark Thirty is a film by director Kathryn Bigelow, who is best known for becoming the first woman to win the Academy Award for Best Director for her film The Hurt Locker, which also won Best Picture in 2009. It was released in theaters on December 19th, 2012.

Zero Dark Thirty tells the story of the decade-long hunt for al-Qaeda terrorist leader Osama bin Laden after the 9/11 attacks, finishing with his death at the hands of the Navy SEAL Team 6 in May, 2011.

The film was shot at Chandigarh, India. Some parts of Chandigarh were turned into Lahore and Abbottabad, Pakistan, where Osama bin Laden was found and killed in May 2011. There have been reports of Right-wing Hindu protests against the Pakistani portrayal on Indian land.[1]

Retrieved from "https://movies.fandom.com/wiki/Zero_Dark_Thirty?oldid=165317"
Community content is available under CC-BY-SA unless otherwise noted.